Skip to content
Myth — the greatest enemy of truth 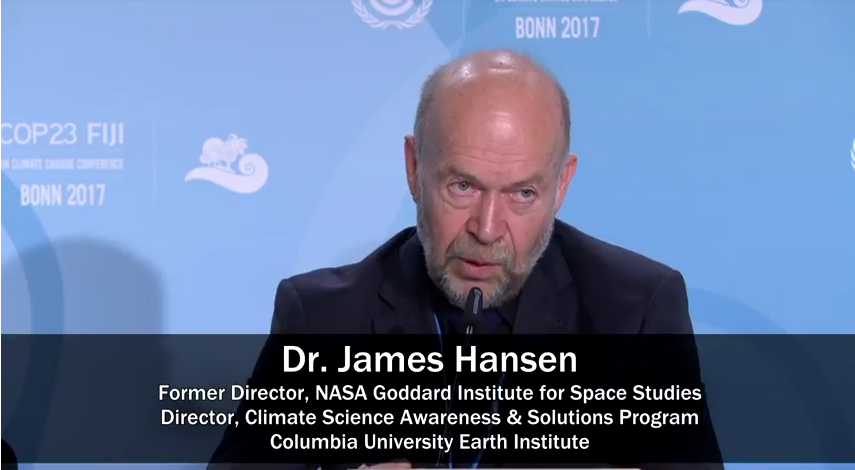 In a videotaped presentation that Dr. James Hansen and Michael Shellenberger made during COP 23 in Bonn, Germany called “Nuclear power? Are renewables enough?” Dr. Hansen said this:

“This morning I found this quotation which was from JFK:

‘The great enemy of the truth is very often not the lie—deliberate, contrived and dishonest—but the myth—persistent, persuasive, and unrealistic.’

That is a very relevant quotation to the situation that we have with regard to nuclear power.”

Myths can lead to genocide but can they destroy the planet?

It has been said that after food, water, shelter and companionship, the thing people need most is stories.  If our need for them is so great, then it stands to reason that our fascination for stories comes from something deeply engrained in our psyches, possibly related to our survival instincts.  Stories and myths convey a wide range of meanings and messages to us but it is clear that, at a minimum, we embrace stories and myths for their ability to help us navigate within our dangerous world.

Stories can be true or untrue but they tend to appeal to our love of adventure or romance.  Myths, on the other hand, seem to be those stories that deal most closely with our fears.  As human beings fear the unknown more than anything, myths tend to involve fantasy creatures—ghosts and goblins, witches and warlords, gnomes and dragons, vampires, werewolves and demons, etc.  From the frightening images our brains conjure, we know instinctively that these creatures are bad — presumably out to get us — so while myths may give us goose-bumps and a thrill, even keep kids from peering under beds or into closets after the lights go out — what they may be teaching us is not to probe too deeply where evil lies.

Unfortunately, human myths don’t stop when childhood does.  In real life, we succumb to adult-style myths all the time.  These are gross exaggerations and mischaracterizations developed about people or things designed to warp perceptions so as to “demonize” the target and make them seem threatening.  Leading up to and during the 2016 election, there was considerable demonization of Hillary Clinton.  During the Third Reich, the Nazi regime created an enormous amount of propaganda designed to demonize Jews, which served to make people turn against neighbors and accept the need for increasingly dehumanizing and brutal treatment.  When frightened, we want to shut our eyes—literally and figuratively—to block out horribly scary images of the things that frighten us and have someone get rid of them.  Today, this explains the reactions that many people have about nuclear energy:  they have heard so many terrible things about nuclear—possibly millions killed at Chernobyl and thousands at Fukushima—that they just don’t want to think about it.  And what about all of the radioactive materials escaping out into the ocean?  Myths about radiation and its gruesome effects have permeated popular culture through television and movies (just think about Godzilla or even “Blinky,” “The Simpson’s three-eyed fish). These ideas have never been dispelled and the images — such as the one on the right — are so disturbing that gullible people are fully convinced that the only good nukes are “No Nukes.”  This scary image circulated for years, but is not what people want you think it is: it is actually a depiction of wave height following the earthquake. 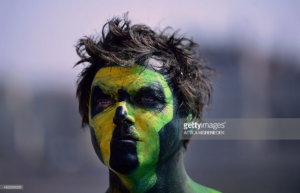 Nuclear energy is scary because it involves one of our most advanced sciences and is not well understood.  Plus, politicians have played political football with the waste issue, so we can claim “there is no solution.”  Even worse, it is possible to connect the development of nuclear bombs with nuclear energy, and few people like atomic weapons, so why not condemn both for the same reasons?

Well, the reason is that nuclear energy actually saves lives.  It’s clean generation is reported to have displaced a huge amount of coal generation, which would have caused more than 1.8 million additional premature deaths.  Plus, because we needed to eliminate emissions a decade ago, increasing numbers of experts are calling for more nuclear power to be built alongside more solar and wind, so that we can transition away from fossil fuels within a few decades.

Finally, nearly all of the “myths” about nuclear energy — especially the vast numbers killed by nuclear accidents — are untrue.  There were not  hundreds of thousands or millions of people hurt by Chernobyl. The actual number is under 50.  The Fukushima melt-down, which occurred in the aftermath of an earthquake and a tsunami that swept away over 15,000 people, killed no one as a result of radiation leakage—although the evacuation itself generated enough panic to cause deaths to occur from trampling and heart attacks.

The reality is very different as Dr. Hansen so eloquently explained:  “Actually, existing nuclear power is very safe:  More people die in one day from the air pollution from fossil fuels than have died in our 50-year history of nuclear power plants, so they are actually pretty safe already.  (At: 16:00 mins on video).

Myths have been used effectively to justify genocides, wars, slavery, and mass incarceration (see the following).  At this point in time, with climate change threatening to turn our atmosphere into a crematorium, scientists are telling us in no uncertain terms that we need nuclear power to enable our transition away from carbon-emitting fuels as quickly as possible.  In fact, we don’t actually have the luxury of going along with the myths and having those perpetrating these untruths to be proven wrong.  That would be too late to save the planet or future generations.  The planet and especially the human race, will suffer immeasurably.

We all have a responsibility to put aside the fears about nuclear energy that are based upon myths and to be willing to explore the facts.  We are working hard to present them for you on this website.

Demonizing myths that humans have believed, justifying egregious, murderous treatment of others

It appears from even a cursory review of the history of the successful use of myths for political, cultural and economic purposes, that people who have been brought to the point of believing demonizing myths are willing to commit murder and even genocide to protect themselves from that threatened evil.  The following is a list of groups which have been successfully demonized, at great social cost.

The Beneficiaries and the Costs

Native American Indians: from the earliest colonial settlements in the 17th century until the 1920s.

American Indians were seen as untrustworthy, blood-thirsty savages, who will never be “civilized.”

European Settlers and later US state and federal governments used these myths to justify the expansion of white settlers combined with systematic efforts to contain and eliminate indigenous peoples.  The result was centuries of continuous strife, the decimation of many indigenous tribes, their loss of territory and the loss of native Americans’ ethic of preserving the land for future generations. 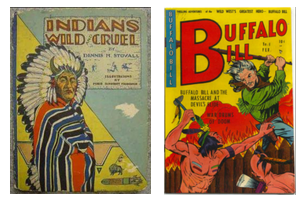 Women are too child-like, emotional and irrational to be able to use good judgment in politics and need protection from men.

With respect to the U.S., white men who held all the economic and political power and made all of the decisions about women’s rights. Benefitted from having women serve them and have few opportunities to be independent.

About the Author: Valerie Gardner

Valerie Gardner has focused on finding scalable ways for individuals, organizations and governments to respond to climate change since 2005. She learned the basics by creating environmental educational programs for schools, then broadening her purview to create programming for area towns starting in 2007. In 2010, she began exploring how to decrease carbon emission exposure from investment portfolios and developed a "post-carbon-priced" portfolio strategy. Her research into clean energy solutions and solutions at scale led her to nuclear power, where she discovered the industry's impressive technological performance and a rather large but under-the-radar pronuclear community. She thought more environmentalists needed to get to #KnowNukes better. In 2016, she co-founded the Climate Coalition with a diverse and bipartisan team of technologists, environmentalists, climate activists and investors who recognized that without nuclear's clean baseload power, humanity will remain dependent upon fossil fuels—especially natural gas—for reliable grids for far too long. The Climate Coalition is working to broaden awareness of this problem and the increasingly urgent need for the environmental movement to finally acknowledge the immense benefits of nuclear energy.